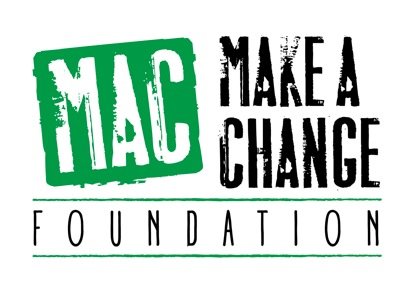 8 years ago, I had a very casual conversation about golf outings with a few co-workers. It was mentioned that companies often held their outings on weekdays. For many participants, this meant using an always valuable vacation day. An idea was hatched to host our very own golf outing, and hold it on a Saturday. Ultimately, this idea was the seed planted that has grown into the Make A Change (MAC) Foundation.That first year, we had under two months to plan the outing with no prior experience in hosting a golf outing. While planning, the decision to raise money for a local charity was made. We managed to gather 12 foursomes made up of family and friends, and raffled off one lonely gift basket. Good times were had by all participants, and we knew it was something we wanted to continue. Rather than being tied to one specific charity, we decided to raise money for a variety of local charities and organizations.In June 2010, my brother and sister-in-law, Jeff and Amy McFarland, were blessed with the birth of their daughter Adelle. Soon after her birth, Adelle was diagnosed with optic-nerve hypoplasia, which results in underdevelopment of the optic nerve and significant visual impairment. Jeff and Amy learned quickly that Adelle would benefit greatly from the incredible services provided by the Cincinnati Association for the Blind and Visually Impaired (CABVI). Anyone who has been fortunate enough to witness Adelle’s incredible achievements over the past few years can attest to CABVI’s effective and life changing services. Although the MAC Foundation continues to raise money for a variety of local charities, a strong bond with CABVI has been formed and they remain a major beneficiary of several events.Last year’s Givin’ & Groovin’ event was our most successful to date. We had a beautiful day of golf, a great night with music from 90 Proof Twang and Marlana Van Hoose, and raised over $8,000 for some great organizations. This year’s event is shaping up to be our best yet. We’ve got another great day of golf at Aston Oaks, the Nick Netherton Band on-hand for some top-notch entertainment, and another guest appearance by Marlana Van Hoose. Most importantly, we’re ready to raise money and awareness for a great cause! Please join us this year, and help us Make A Change!